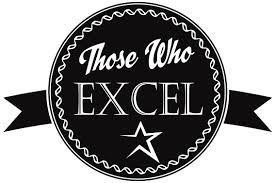 Those Who Excel Awards recognize individuals for contributions to schools and communities:

Volunteers, staff and faculty in Flossmoor School District 161 will be honored this month by the Illinois State Board of Education (ISBE) at the 2019 Those Who Excel Awards.

“We’ve been incredibly lucky to have such dedicated members of the District 161 extended family. From community members to staff and faculty, the work that goes on in District 161 is remarkable,” said Dr. Dana Smith, Superintendent. “These individuals deserve all the praise in the world and I’m so glad that they are earning this recognition.”

Among the District 161 staff to earn Those Who Excel awards, Fox and Gumm represent the non-teacher sector of the award categories. As a school psychologist, Gumm said it is humbling to be recognized by her peers and colleagues and she appreciates the value the District puts on an important field. Likewise, Fox said it’s an honor to be recognized by colleagues across the spectrum after serving a number of different roles in District 161.

Ciesielski and Tehako also feel humbled by their nominations, sharing a similar sentiment that the recognition validates the work they do and the commitment they have to District 161 and its students.

“As a teacher, I am not in it for the glory or awards, but it is nice to be recognized for the hard work and effort I put in every day,” said Ciesielski.

In addition to staff recognition, each school district is encouraged to nominate one community volunteer for the Those Who Excel Awards each year. Cheung represents District 161’s 2019 community volunteer nominee, an honor bestowed last year to Larry Lickert for his work establishing a state-of-the-art STEAM lab at Serena Hills Elementary School.

Since joining the District in 2015, Cheung has spent countless hours volunteering with the Parent Teacher Organization, Girl Scouts, and frequently as a school event coordinator. Without the support of her family and the District, Cheung said none of that would be possible.

“[Volunteer] dedication sometimes means your own family has to sacrifice their time by coming in early in the morning to set up an event, or staying late to clean up an event, so it felt great to know the district sees that and recognizes how much our volunteers give to the schools,” said Cheung. “It's often a great feeling just to receive a “thank you,” so I'm very appreciative of this level of recognition.”

The 45th annual ISBE Those Who Excel banquet will take place on October 19 in Bloomington-Normal. During the banquet, the ISBE presents Awards of Excellence, Awards of Merit and Awards of Recognition across a number of categories.